From Kalamazoo, MI is 4 piece Midwest Rock n Roll outfit Willamena. In an effort to continually feature special artists and songs that can create an atmosphere of positive nature, Contrast CTRL got to interview Chad Hendrickson who has been with the band since their 1996 formation.

With that foundation in the band and so many years on the road and creating music, Chad shares with us why he loves doing what he does. First off a thanks to Chad for taking time to speak with us and answer questions as he continues his day to day and night to night as a musician.

Willamena on the surface is a band that calls to the sounds of the 90s and implements much of the same songwriting of that era into music they create today. Going deeper in with powerful themes of Strength through overcoming, Willamena want to leave an impact on their listeners through their music.

While their touring schedule is undetermined at the moment, they are hard at work creating new music and make the most of that time to connect with journalist and radio stations to build up the future tours that will result from their hard work.

Let’s get right into things and ask some core questions and see what comes of it. The simpler, the better right? That’s how Contrast CTRL rolls!

How did it all begin?: “Willamena has been around since 1996, we have over the years held that down and over time we have learned to do everything ourselves and take hold of the music business side. We have just honed our craft, we love writing and are very happy and blessed people are taking an interest.” – Chad

When it comes to defining a sound over so many years of doing, Chad gives insight into what Willamena is trying to accomplish day in and out: “We look to push ourselves, we are basically a rock band we believe in guitars and rock music, we believe in the platform of rock n roll. We want do that ourselves as a rock band.

It’s very difficult to find your voice and that sound as a band and takes a lot of practice. It’s taken a long time in finding who we are but we are really happy with where we are at now.” – Chad

What direction is Willamena aiming for?: “I think in terms of what we’re going for as band we are drawing from the well of Bruce Springsteen, Tom Petty, and Neil Young type feel while never losing focus on the listener. I know in the modern climate of Triple A they strive to achieve something else.

Caring about the listener and having a vision in mind, that’s what we do. It’s hard to expand on what Bob Dylan did. REM is a mode modern influence and that’s where we are coming from. We want a distinctive songwriting voice as Willamena and people good and get that coming from us, that’s our aim.” – Chad 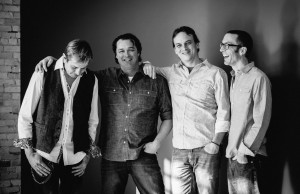 In all my time as a journalist in the music and interviewing many different personalities, I must say Chad is a very interesting guy who is energetic and humble when it comes to his band. Every question posed always directly gives credit to his band-mates and how it’s a united effort musically to create something people can enjoy listening to.

I think that makes for a special band when the listener can be catered to in such a pleasant way.

So what kind of lyrical context is there in the Willamena sound experience?:“We have a lot of songs about strength and overcoming adversity that’s sown into Strong Enough to Last. Believing in yourself and make it through some hard times.

This is where we were as songwriters, Luke and I cowrote songs together. It’s important to us to have songs and lyrics that hit people in the gut. Sometimes it’s metaphorical or zen-like thing is what we’re going for as songwriters.

Something that makes you think or feels good to hear.” – Chad

Diving into the music of Willamena, we find a good mix of 90s alternative and songwriting style that is all but missing as current songs follow a different path lyrically and musically. When You Close Your Eyes is a vibrant call to the songs of the past that gave a feel good tone and memorable chorus that even first time listeners may find themselves humming or reciting the words.

As whole, Willamena provide a great soundscape for the music enthusiast to delve into and never wanna come back from! All high praises aside on this upbeat music, the theme of overcoming problems and gaining strength is why Contrast CTRL feels Willamena has ‘Music That Matters’. 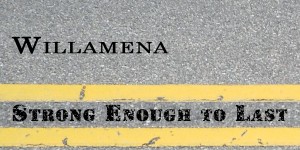 So in parting words to all of us, Chad and his band Willamena have this to say: “I want people to suspend their disbelief and believe that our band is a band writing songs that matter.

Suspend that disbelief and buy the record, preview the record, invest in the band and suspend your disbelief. Go buy this record and you will love it!” – Chad

Contrast CTRL again want’s to thank Chad Hendrickson of Willamena for sparing time in his schedule to answer questions and create a dialog for you guys to read to prove that there artists out there who care and want you to know that Music does Matter.

For more information on Willamena, please visit the following links: