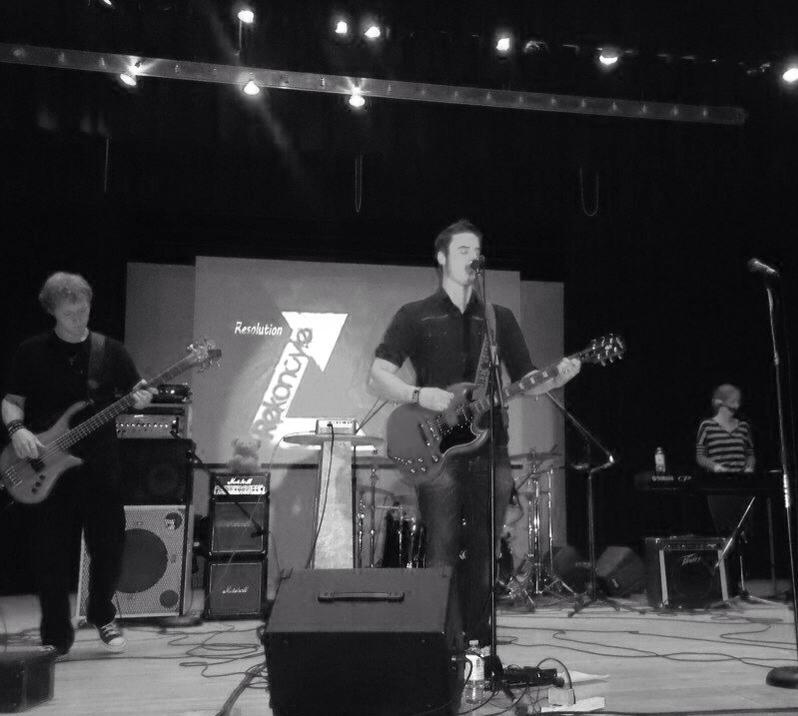 Contrast Control previously featured Rekoncyle through an album review. If you are interested in reading up on their album Against All Odds, please click here.

This article however, will feature more of the band than the album. As they continue to push on through 2015 with positive album reviews and tour plans ahead, Rekoncyle are proving to be a real up and comer to the music scene.

Although having two albums under their belts, Rekoncyle has went through lineup changes and are now solidified and confident in everyone involved from this point onward. Providing positive lyrics and heavy riffs through their music isn’t a thing easily done in this day and age of negative views.

Rekoncyle’s very own lead man Matt LeFait and bassist Andrew Fowler joined me in a conversation recently to discuss their band and send a message out to their loyal fans in the process.

Getting right into things, I asked the guys how Rekoncyle came to be: “Well I started the band back in 2009 and we just kinda played around a bit until 2011 when we hit the studio to start recording our first album, I guess we kinda just grew from their and started adding members.” – Matt LeFait

“I joined in 2012, we had a few changes since then. Since our first album we have a new guitar player and drummer and I even did bass on the first album. Basically a brand new band [Andrew laughs].” – Andrew Fowler

The next natural step was to ask about Against All Odds from its name, to the concept: “The message behind our album, the title of our album Against All Odds not so much as a theme, but that we feel that way from where we are in the world. To where we want to be at.” – Andrew Fowler

“I guess the concept for the album, we just want to share god’s love for everybody and let them know there is a better way in life.” – Matt LeFait

One thing I love about talking with musicians is learning their musical tastes. Each musician no matter the genre they create music in, keeps an open mind when listening to music and finding inspiration from all types.

Having that open mindedness has help Rekoncyle to bring their influences from bands such as Skillet and genre’s like Jazz together to create their sound and something they feel is a fresh approach to the music scene.

So speaking on how all those genres collide and help them write songs, Matt and Andrew comment”: “Um I think it’s just a vibe that came naturally really. I like to write songs of any genre, we just take any of those songs and turn it into our sound.” – Matt LeFait

“Kind of nice the way we have songs that are very heavy and some that are soft and things that are in between. The best of it is that everyone says we have so much diversity on our albums.” – Andrew Fowler

Something else I really enjoy when it comes to interviews is getting to ask about songs I have found to personally move me or resonate with me. Inconsistency to You is the sixth track off Against All Odds that features a sobering truth of our imperfections getting the better of us.

Asking about that song, Matt shared: “Inconsistency to You is written about us as humans being inconsistent and making promises to ourselves saying we are going to be a better person. Next thing you know you screw up and do the thing you say you weren’t going to do.” – Matt LeFait

Rekoncyle provides songs that all are able to relate through. Outta Control, the lead single, is about anger getting the better of us and seeing the consequences of that. Inconsistency to You is more along the lines of self-reflection and realizing we made a mistake.

When asked about the bands message and beliefs being tied into the songs, Andrew kindly stated: “Some of the songs on the album can come across as something that inspires us. The wonderful thing about music is that it can mean something to you.

So yeah we are not trying to go either with our music. We just want to be an example of what we learned and what we are learning about.” – Andrew Fowler

Crowdfunding is becoming more and more common for bands who choose to represent themselves and release music without a middle man. This helps many artists create music on their own terms without big brother record label forcing creativity or changing a musician’s image.

When asked how they felt about their experience with crowdfunding, Matt and Andrew said: “We actually did a kickstarter campaign last year, we didn’t feel any pressure at all to live up to anyone’s standards. Our fans knew who we are and what we wanted to make. Crowd funding has helped bands a lot.” – Matt LeFait

“Money isn’t in your videos or in your cd’s, it’s in your live shows. So bands are getting away from labels since there is no actual income in the music, having a live show can be your only source of income sometimes.” – Andrew Fowler

Something important to take away from the above comments, are that the guys want everyone to know that this is a great way to interact with fans and give them the chance to help out artists they believe in and enjoy the music of.

Andrew also wants to send a message out to fans in regards to the trouble with physical copies of Against All Odds not being available at the moment: “While we are on the subject I would like to say to the fans who donated the money, we are doing what we can there is a lot of stuff going on right now. But there is a lot of politics and legal stuff involved.

We were working with someone and things didn’t end well but we are working on and doing our very best to get this all sorted out. Our album is out on Itunes, so our digital album is on Itunes. We are having trouble with physical CD’s at the moment.” – Andrew Fowler

Due to recent issues with the band, Matt would like to add that the band needs help to re-raise 4,000 dollars to finish their kickstarter pledges and actually get the album out there. So for those who are reading and want to help out the band feel free to reach them through Twitter or Facebook to find out how you can help. 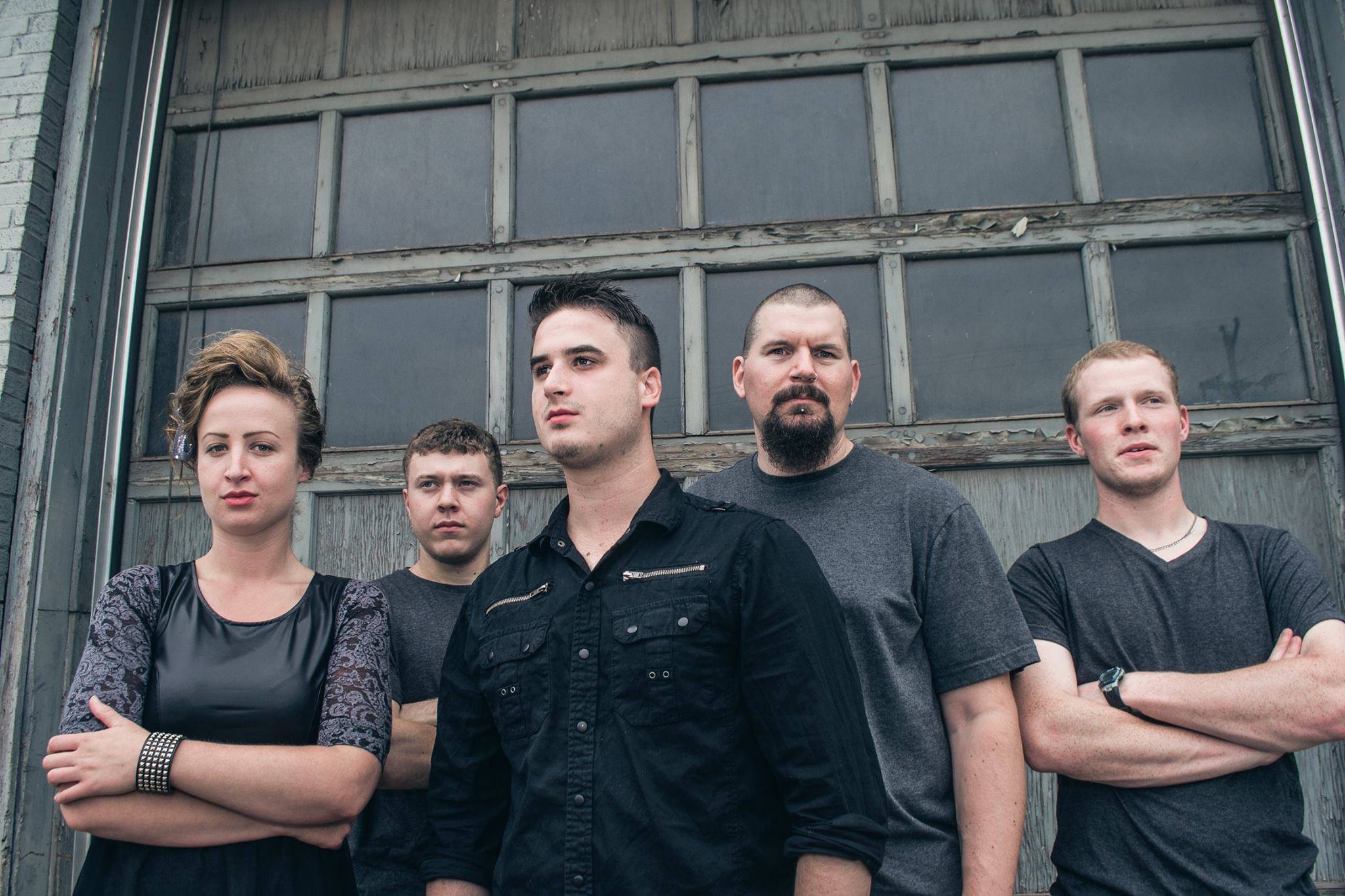 I would love to continue to share my thoughts and quotes from the guys as we talked about many topics, there just isn’t enough room to fit in all the fun and inspiring things we talked about. Rekoncyle are a great up and coming band with a powerful message and great music that rocks, so be sure to check out their music.

They are currently fighting some tough odds but are very open to interacting with fans and assuring all those who helped them create Against All Odds that they are working hard to correct the issues and do their best to bring a solution.

With that said it’s time to say welcome! Rekoncyle are now members of the Contrast Control Family. Here’s to the next article and to a great band with a loving fan base.

For more information on Rekoncyle, please visit the following links: