Home Featured Not A Planet “About Being Human”

Not A Planet “About Being Human” 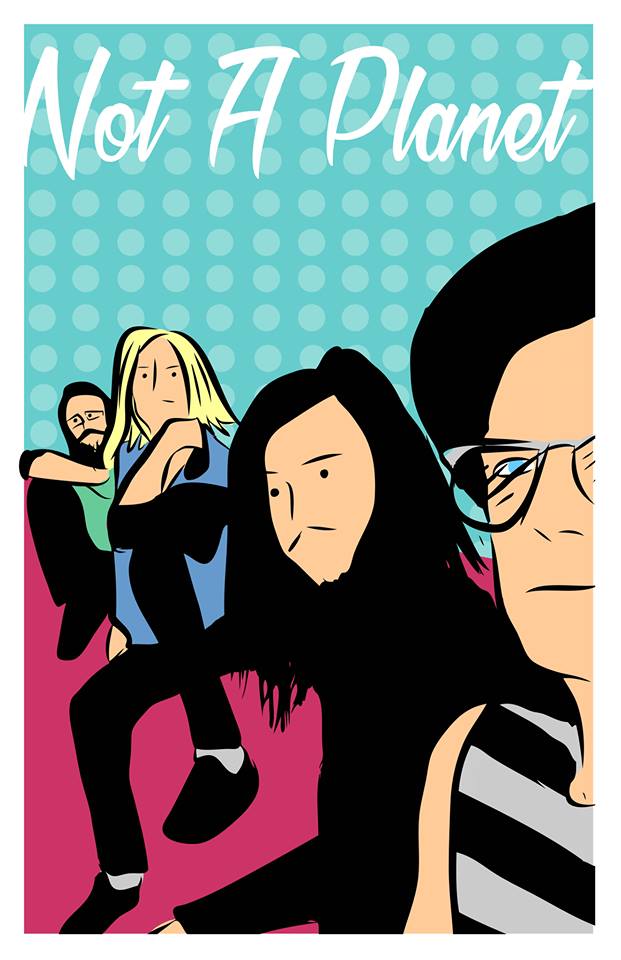 On Contrast CTRL we always love jumping inside the artists thought process on their music, life, and everything in between.

This time around we take a look at Not A Planet, a 4 piece band that comes from all around the country to establish their home in Kansas City. Not A Planet feature a diverse palette of music for the audience and reader alike.

From their eye catching name that doesn’t define a genre, to their music that displays elements of musical greats to mix together in one audible sound space, Not A Planet provide an escape from everyday music and offer a different perspective on things.

Without further ado let’s take in some facts about this band that is electric on and off the stage.

Not A Planet‘s name origin: “When I moved to Kansas City from New York I was just having a conversation with my dad and um he’s always up on what’s new and who is good. He is always involved as a listener.

He was like, Nathan you know don’t name your band after an animal or a planet right now everyone is doing that. So it was kind of tongue in cheek and it was a joke at first so we called it Not A Planet.” – Nathan Corsi

Not A Planet comprises of: Nathan Corsi, Liam Sumnicht, William Sturges, Nathan Showalter. As of last spring the band introduced their listeners to Nathan Showalter, a lively keyboard player who truly appreciates the instrument and his role in the band.

What is the Not a Planet sound?: “It’s a tough one kind of, to lockdown. You know I know think we have a little of Queen, Jack White meets the Beach Boys meets the Alabama Shakes.” – Nathan Corsi

How does Not A Planet feel with a fourth member thus completing the band?: “It’s also the first time we’ve went into recording with this full lineup the way it is now as a 4 piece and really finding our voice as a band and understanding the best ways that we work together.

The best music and sounds that we can make together. It’s been nice because we’ve had some chances to experiment with some stuff that Nathan Showalter hadn’t been on since the beginning, but he came and put his touch on that stuff.

Now were working on more things. It was a very much a transition type recording. We also wrote something that represented us completely as a group. It led us into the music that were making now and are very excited about.” – Nathan Corsi, Nathan Showalter, Liam Sumnicht

With the experiences of the last album and coming into the new one. As a 4 piece band and feeling a bit more complete and confident in sound, Not A Planet explains in the below statement how they feel about their new material.

“We’ve found our voice as this 4 piece group. It kind of has all the best pieces of the last album that we put out and has a lot more of us in there.

There is a theme of social disarray in the current environment with polarizing opinions and tragedy becoming the norm. There is a song about that and about being in love, losing someone, there is a song about finding the giant inside of you that allows you to go above and beyond yourself.

And really I think the theme is just about being human.” – Nathan Corsi

Not A Planet presents a simple songwriting structure and harmonic balance to their sound that on the surfaces looks fairly wanting of more. This is sincerely not the case as these 4 musicians put in the effort to create a full sound with the instruments they can hold and nothing more.

Nathan speaks on the bands simplistic music approach: “You know there is a lot of guitars, synthesizers, and so many things going on records nowadays.

We did truly keep it pretty simple. You know it’s a record that recorded 4 piece harmonies. It was just what we sound like as a band.” – Nathan Corsi

With their recent single ‘Tell The Truth‘, Nathan explains the theme behind it: “Tell the Truth is I would say is a song about how we all have goals and hopes and dreams that we want to reach that seem more tangible than others. The truth is the sentiment is deciding to reach and touch that intangible thing.

It’s about being you but finding the person inside yourself that is too determined to fail.

It’s not necessarily the truth of that character to be that person all the time, but it’s isn’t the one who couldn’t reach that goal either.

It’s about reaching that extra strength to meet those unreachable goals.” – Nathan Corsi

The obvious thing Contrast CTRL always wants to know is if a band has a positive message. I’m happy to report and quote below that Not A Planet wants people to walk away from their music experience feeling good and have a sense of positive vibe.

Nathan shares his view: “You can waste a lot of time talking about things you don’t like and bad feelings. Everybody is human, everybody feels negative things a lot.

You know creative people tend to lean that way more than others a lot of the time you know? But it’s not really what we want our music and shows to be about.

It’s not gonna leave you like an Elliott Smith song leaving you crying in a corner in the bathroom.

We definitely love to leave people with a positive message. We try to spread around our own positivity.” – Nathan Corsi 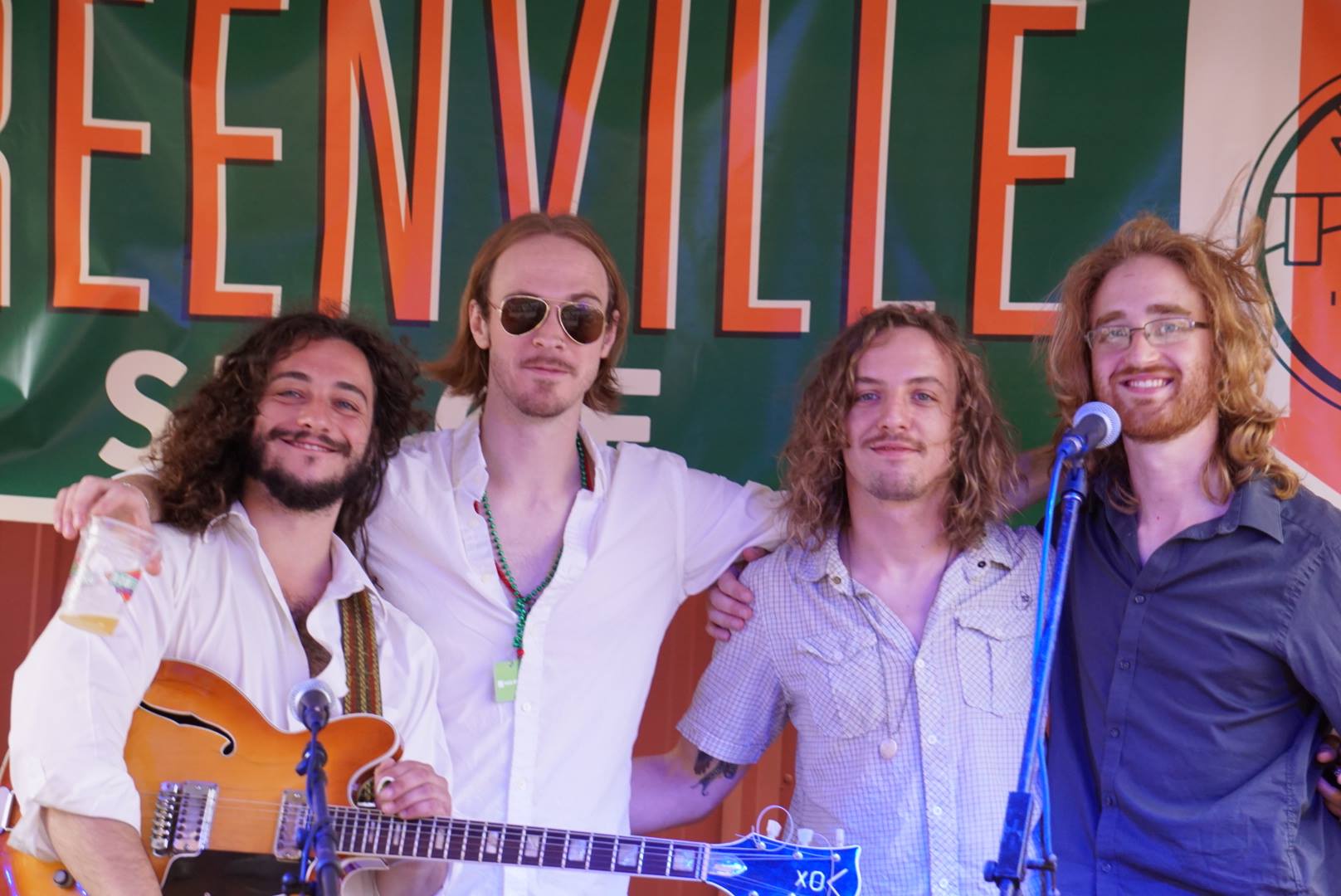 With those last words penned on this article, I think we have a better perception of Not A Planet, and the intention they have with their music. With a touch of Alternative, Rock, Blues, Pop, Not A Planet provide a fun 4 piece package of musicians who want people to think and feel good while doing so.

I’d like to thank Not A Planet for speaking with me via phone conference and sharing laughs and insight and all the good things in between. As always these write ups don’t always provide a full glimpse into the conversations and facts about artists.

Where does that leave you? Well, that leaves you the option to learn about what interests and make a conscious music decision that will leave you feeling good inside.

Contrast CTRL would like to thanks Not A Planet and welcome them into the ever growing diverse family of musicians featured on this site who want to share good music and connect with people who love music.

For more information on Not A Planet, please visit the following links: