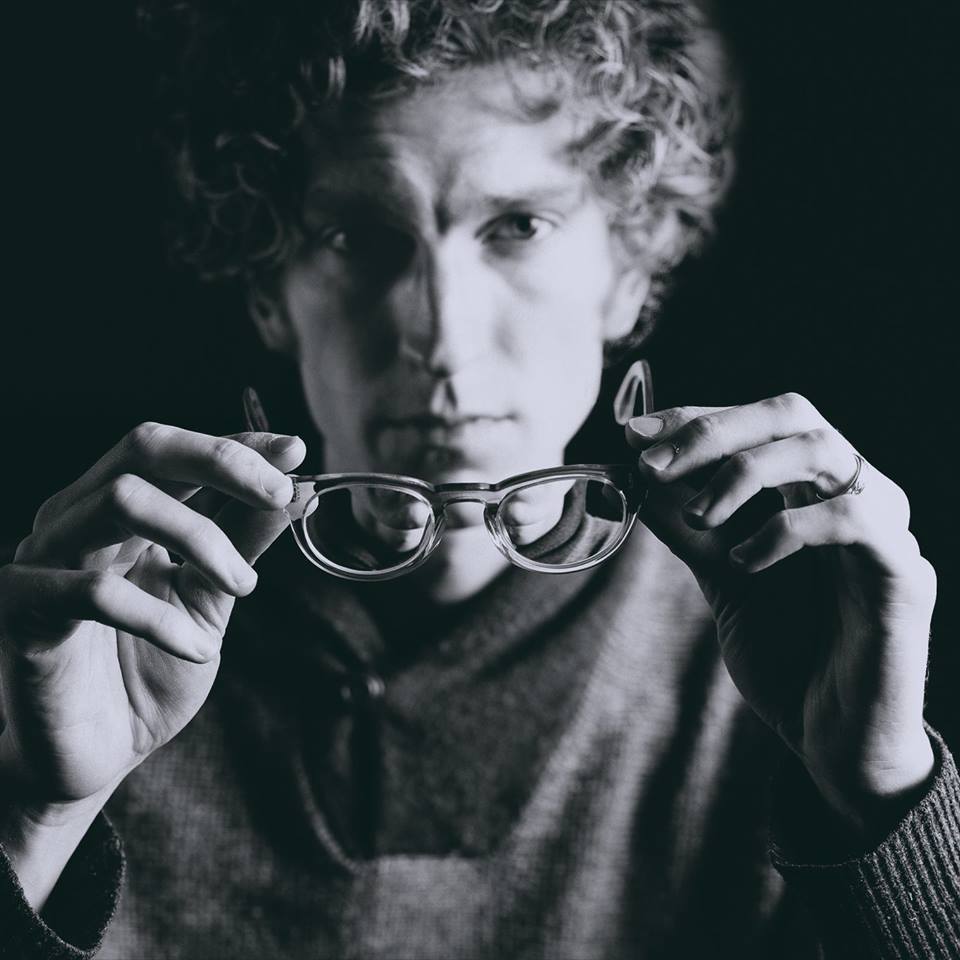 From Grand Rapids, Michigan comes Cameron Blake, an introspective songwriter who balances personal experiences and poetry to mix the singer/songwriter within.

Bouncing from folk, rock, songwriter and other genres, Cameron Blake has created a sound that is truly pleasant to the ears. His latest endeavor, Fear Not is due for release on November 17 so Contrast CTRL got together for a phone interview with Mr. Blake to talk about it.

During this interview a great deal was learned about the theme of the album and several songs have a focus on life changing world events from the perspective of one man’s eyes. This is what the singer/songwriter genre is all about, storytelling and leaving the listener with something they didn’t have before, while also learning about instruments and how to get them from sites like Runthemusic online.

What is Fear Not about and what did it take make it happen?

“I began writing this record about two and a half years ago and I was keeping an eye on the presidential campaign. I saw fear being blasted out from every side and from every angle and being used as a political tactic. I saw it in the news every day. I wanted to humanize the effects of fear and write songs that could explain its impact to my girls, my children. So, there is an almost storybook quality to the album and a kind of old American songbook vibe that makes the lyrics easy to understand on the surface while containing a deeper meaning underneath. These songs have a sort of childlike imagination that is then interwoven with reality whereas the last record (Alone On The World Stage) went ‘right for the jugular’ as it portrayed the harsher side of politics and global conflict.

Fear Not was a massive project because it required working with two arrangers, hiring a full orchestra and a girls choir, brass players, and figuring out where and how we were going to record everything. It became clear that we weren’t going to be able to simply setup mics and say, “go”, because the band was so large. So, we had to do a lot of building starting with myself and the acoustic guitar or piano and then layering the other instruments on top and figuring out what needed to go where. Mixing was an adventure because there is still an intimacy to the music that I didn’t want to lose. We didn’t want these big arrangements to blow away the vocals so it was a rather sensitive dance.” –Cameron Blake

Over 50 people were enlisted to participate in this album to make the visions from one man become a musical reality. The depth of arrangement and variety of musicians certainly shows as some tracks are more stripped down and raw while others have a bigger picture feel to make Fear Not a really expansive record.

So let’s learn about some songs from Fear Not and get a taste of what to expect. One of the tracks Cameron mentioned was ‘Phillip Seymour Hoffman‘ a vignette about the actor and his body of work that created this anti-actor of sorts because he didn’t have the average movie star look but gave the same dedication to the art form. 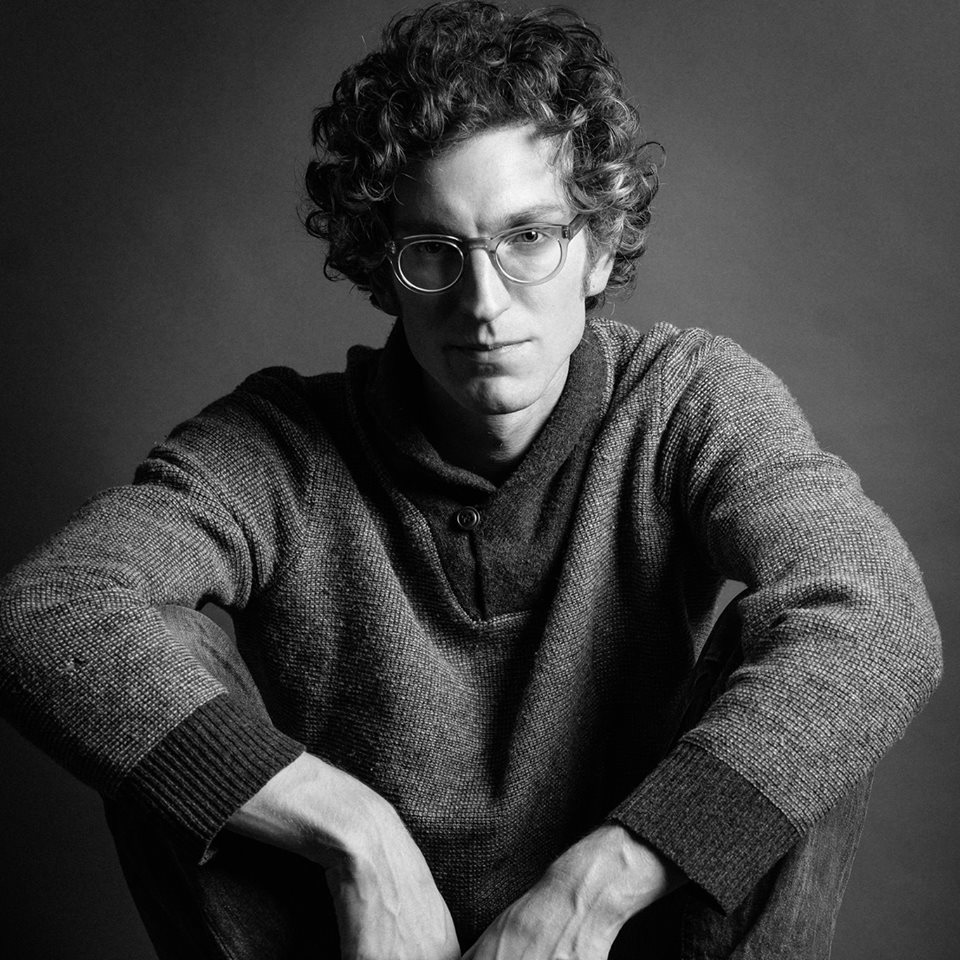 “As a viewer you can see yourself in Philip Seymour Hoffman. He looks super normal and has these passions and darkness; the same stuff you and I have down deep. So, it felt natural for me to find a part of myself in his work and story. I didn’t know a lot about the details of his personal life. I heard about his death and just started writing. It was just one of those strange writing experiences where everything just fit, the language, the music and the sentiment. The song even sounds like it is cut short like Hoffman’s life.” – Cameron Blake

Certainly an interesting take on an actor who passed away early in his career. The perspective we often don’t think on Cameron Blake approaches is that we see these people play characters that we can see parts of ourselves in and how that can impact us as people.

An inspiration and study project for Fear Not was the music artist Nick Cave, Cameron’s deep dive into this musician’s catalog helped shape much of what became Fear Not and how the diversity of this project succeeds the last.

So let’s talk about Tiananmen Square. For those not familiar, Tiananmen Square is known commonly in China as the June Fourth Incident where a man stood in front of a military tank in 1989 and did not allow it move past him. During a time of Martial Law this was a pretty bold and scary thing to do.

Cameron explains his view on it: “I was 7 years old, I’m 35 now and I still have a vague memory of the emotion coming from the television. It was a defining moment for the people of China and the world. Shortly after the recent Umbrella Revolution in Hong Kong, I went back and found myself completely enamored with the picture of this man standing in front of the tank in this great act of protest twenty-five years earlier. I got totally fixated on it. I was watching a bunch of these BBC documentaries on the story and trying to figure out who this guy was. Hundreds of people were dying in the town square and he apparently just got fed up with the whole thing. He was coming home from the grocery store and he stepped in front of the tank and stopped it. When you see the whole photo, there’s even a large foot army behind the tanks! He climbs up and knocks on the top of the tank and talks to the driver. It just makes zero sense why they didn’t kill him on the spot like the others and then all of a sudden, a couple of people come into the scene on bicycles and they whisk him away and no one ever saw him again. It was a huge turning point because instead of saying “Ok, we will give you what you want, Democracy,” the Chinese government said “Well we will give you stuff, we’ll give you capitalism and open up trade. That should make you happy!’

He became this figure for an entire movement. What I tried to do in the song was to humanize him, showing the man’s life at home and that he had a wife waiting for him to walk in the door. I also put it into the perspective of a child where you see him swallowing this army like a boy or girl playing with plastic toy soldiers.” – Cameron Blake

Stepping aside to talk about the pacing and vocal approach to Fear Not, Cameron really adventured out on vocals to bring more range and worked off of emotion for three days straight on the microphone Etta James used, a Neumann M49! That’s quite a tedious and very strenuous task to take on. Certainly a lot of history behind this album and tools used to create it.

Cameron Blake also likens his last two albums  (Alone On The World Stage and Fear not) to his children in how each one is approached, showing the differences between his two daughters, their personalities and the differences in these two records and their arrangements.

“Sandtown” Is very powerful track that tells the experience of Cameron’s time in Baltimore where he lived there for seven years. When the tragic passing of Freddy Grey happened and the Baltimore riots ensued. It made the mainstream media but what they didn’t tell on the news was that it was three days of peaceful protesting before the riots triggered.

The peaceful protests were the focal point to this song before things reached a boiling point. Lyrically the song is amazing in the fact that it shares his view of things he saw in that time of tragedy. The beautiful part is that this song can relate to anyone in their local climate who has seen much of the same things.

Wow over 1000 words and we can’t pack in the depth and experiences that Mr. Cameron Blake has to share with us! I apologize for cutting things short here but we have gotten quite the glimpse into this artist and certainly look forward to future shares from Cameron Blake. 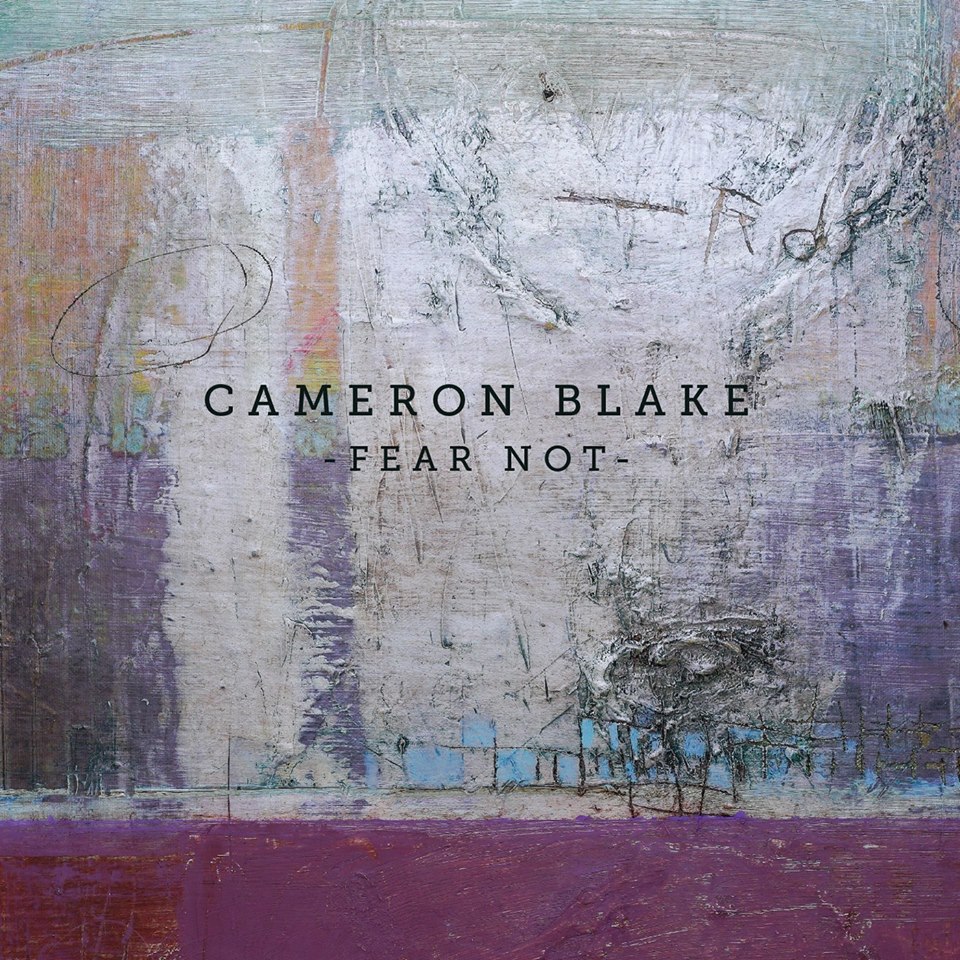 Before we go, I asked Cameron if he would like to address the readers of Contrast CTRL and he sent me this:

“Writers and music lovers like James at Contrast CTRL are really the greatest champions of independent music. They are the ones doing the heavy lifting by not only taking the time to thoughtfully listen to each track but by asking intelligent and precise questions about the artist’s work. I hope that all of the readers of Contrast CTRL know the passion, time and energy that James puts into making this site a place to discover music that’s under the radar. Music that he truly believes in and thinks that you will love. I am grateful to be included.”  – Cameron Blake

Quite the sentiment and statement made in that comment from Cameron. Things like this help make Music worth experiencing. As always, take the time to learn about the artist and listen to the songs to find your own happy place musically.