“The struggles and how you react to them is what defines you.” – Jacob Porter 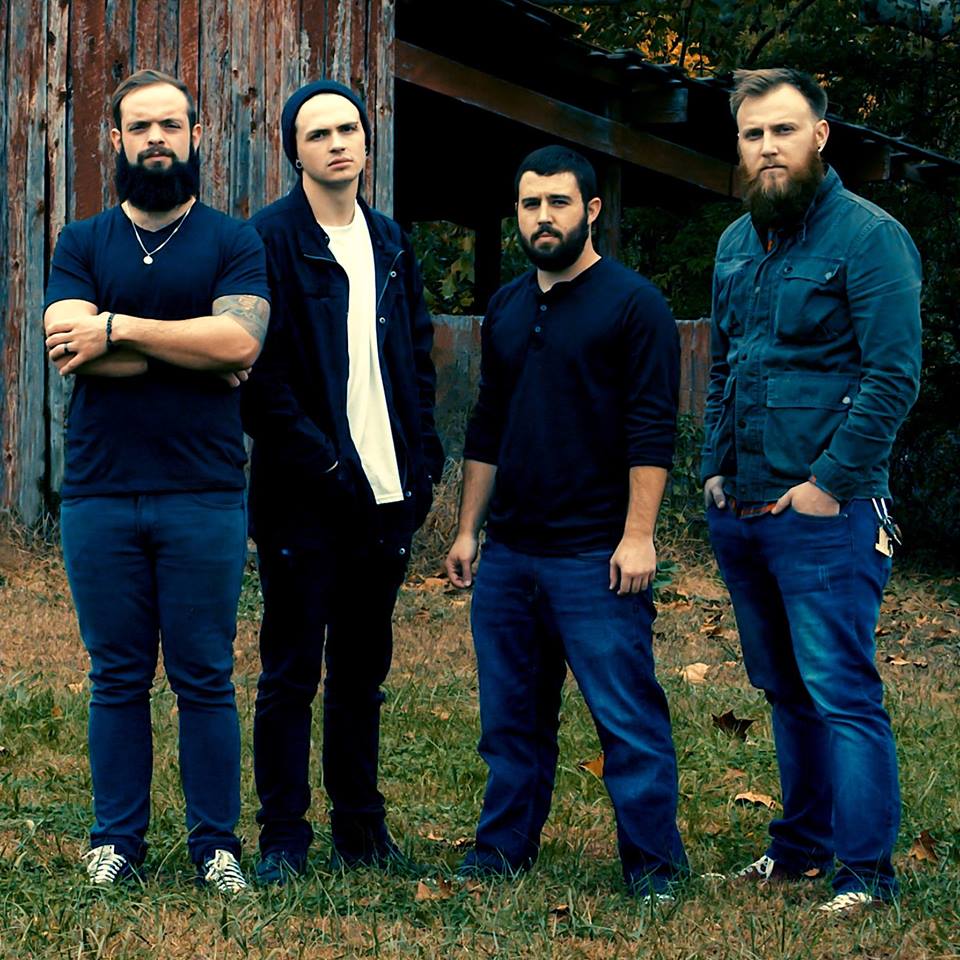 From Greenville, South Carolina comes State of Illusion. A band that has been ran through the ringer and rebuilt themselves from the ashes and have since moved up in the music scene as a band with much promise.

Jacob Porter of the band recently spoke with me over the phone about his band and his passion of music not just as a musician, but as a listener. A mutual bonding over the band Cold may have happened as well to ensure the conversation was lively.

But before we get some facts and statements from Jacob, I wanted to point that this band has been alive and kicking for over 10 years. Despite lineup changes, and other road bumps, State of Illusion has remained a facet to Jacob over the past decade and very much a serious project.

His appreciation for his bandmates and the hard work they put in to make the current lineup a strong and united one couldn’t have been stated enough but was done so in a very familial bond way that I just had to point out. The closer you are as bandmates, the better the music.

For those who don’t know, State of Illusion is currently:

Speaking of the band’s sound, they have a touch of Evan’s Blue in vocal work as well as instruments but also that touch of wonderful songwriting from other bands such as Cold that kind of leave many of the songs up to your interpretation as a music listener. One of the most important parts of writing or creating anything for public consumption is to make that mean something and relate to someone.

So, while Jacob and the band have meaning behind their songs they find it’s more joyous and in the spirit of music for a listener to derive their own meaning. That is a message Contrast CTRL loves to share with all of its readers and provide something new to listen and think on.

So, when did the band start?

“Man, it started in 2005 actually, we formed to do a high school battle of the bands and it kinda just took off from there. We had a lot lineup changes since then.

Every step forward we have taken two back for some reason. But now, it feels like everybody now is super dedicated and wants to make this happen and are working super hard. We are making a huge push right now to make it happen.” – Jacob Porter

With that huge push as the main focus and creating more amazing songs on the schedule, these guys don’t seem to be slowed down or drinking in a moment of success. Even after breaking the billboard 100 charts, State of Illusion didn’t let that moment define them but rather used that as fuel to continue doing what they are doing.

“That was a surprise for me too! We found out by google search. We were a bit curious and just googled out band and the album a week or two weeks after we released.

We found out we were number 82 of 100. There was no fanfare of course but it was huge for us!” – Jacob Porter

Like any part of the music industry, music has it’s down as much if not more than the ups. State of Illuision is no stranger to it but they are determined to now be held back by it.

“We’ve had a lot of bad luck. But right now it is so good. When you find a band that is so dedicated. All of us now are so motivated to working hard and creating some good luck.” – Jacob Porter

Speaking on when the views come in on the new track and video for Blind as opposed to older releases, Jacob states:

“When I look at our older songs and previous singles on YouTube, they are built up over a couple of years and now this new song is catching up in a couple of weeks so things are building up. 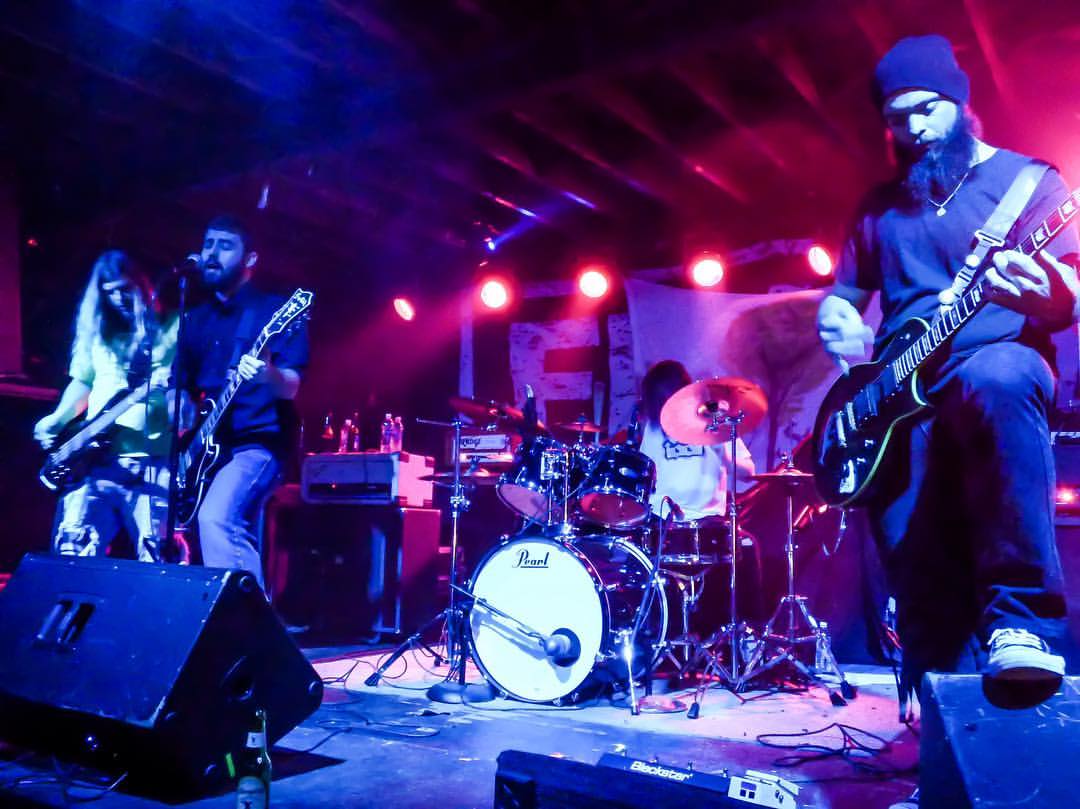 So what about the album? It is certainly a unique listening experience and the name of it alone holds a greater meaning. Jacob Porter shares:

“Aphelion means when the earth and the sun take’s it rotation and at the farthest rotation from the sun. To me it just clicks for me because the album and the songs are really far away from where we’ve started.

So when everything comes in rotation you can see how far you’ve come and that’s really why we chose the name.” – Jacob Porter

Jacob continues to talk about the remixing of their older song Blind and pushing it forth as a lead single. As of the time of the interview the song is currently up to 3000 views on YouTube.

“Our lead single blind was re-tracked completely from guitars to drums and make it more modern for all members of the band and where they are at today. While I tried to derive the artists meaning behind the song, Jacob and the band have decided that the beauty of the song is the interpretation for each listener to apply to their own emotions and situations and take something positive from it in that form.

So if the song resonates and relates to you in a personal way, State of Illusion wants you to have that all for yourself and make the song something you put on repeat!” – Jacob Porter

So how does Jacob feel about his current lineup and brothers?

“Oh my goodness, yes dude! these guys are super talented and the heart of the guys currently outweighs anything I’ve worked with before. The work ethic and love for the craft is definitely with my band.

For the longest time I felt like I was Santa carrying the bag over my shoulder for quite a while. But now with these guys, I feel like we are all carrying the weight and pushing forward.” – Jacob Porter

As far as live shows go the new band lineup has been clearly seen in live shows and the praise from social media as the energy is cohesive and united from member and thus onto the audience.

In my interview with Jacob, we exchanged a lot of positive stories about music dreams coming true and how the love of music overshadows every other facet of being a musician. It’s amazing what a shot in the dark can do as well when it comes to getting booking for a live show.

Jacob tells me a story of how he met Mr Aaron Lewis from staind and how that got him a show with the band and yet again provided a shot of motivation to keep creating his own music.

“I sent out an email one day to girl who represented a band and wrote out this huge letter of how I am a fan and a musician and here is my number if you want me to come and play music.

A while later I got a call from Aaron and he said he read my letter and had a show lined up for me if I wanted it. I went from playing small shows to an arena for one of my favorite bands!” – Jacob Porter

” I firmly believe if I sent that email two minutes later that wouldn’t have happened. It was once in a lifetime kind of thing to happen.” – Jacob Porter

With all of these amazing things written down and in my memory of this discussion, we come to learn more about Jacob and State of Illusions mission as a band:

“The mission is getting to where we can support ourselves and family on playing shows as frequently as we want and release albums. We really want to have music as a career and sustain ourselves with it. What do we want? We want tour with our favorite bands and that’s really it for us.

I want to be at a Tool level and sell out a arena and call it a day for a year. But realistically we just want to develop a group of listeners and modestly sustain ourselves while doing it.” – Jacob Porter

Jacob also has some words of insight to anyone else wanting to make music something of a career and a passion that can be rewarding no matter the outcome.

“Be serious about it. This might be a jaded view, but so many people out there just think it’s cool to be in a band and don’t know how much work actually goes into it.

My advice is to work hard at it and take it seriously. If you want to make it a career you have to treat it like one. If you wanted to be a doctor you are going to have to put in all sorts of hours and training into and working a job with little to no pay and doing all nighters while going to the day job and everything.

With any career you need to put in that dedication too and treat music like it’s your 40 hour job.” – Jacob Porter 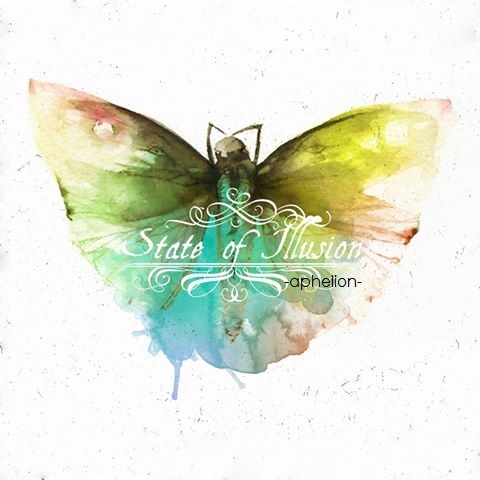 In Contrast CTRL fashion I leave the ending words up to the musician to send out words to the audience and anyone who takes an interest in their music.

Thank you for reading music articles and supporting any artist it makes a difference to all of us. Keeping the music scene alive is important because it’s suffering. So thank you for picking up a CD and going to a live show.

If it wasn’t for you doing that we’d all end up watching YouTube live streams!” – Jacob Porter

With that said and over 1,600 words typed up, It’s time to end this article and say I’m sorry I couldn’t fit in every detail about my conversation with Jacob.

I want to thank Jacob Porter for taking the time to talk State of Illusion band business with me and also music in general as we shared a lot of the same interests! I look forward to seeing more from this band in the future and can’t wait for the next discussion.

For more information on State of Illusion, please visit the following links: