Poor Man’s Fame is a band from South Carolina that is big helping out their local community and providing all of us with some hard hitting, thought provoking songs. Tell The Story is comprised of 8 tracks that feature many relatable topics and has helped the band reach many listeners in a way only music can.

The band recently took time out of practice for an upcoming gig to get on the phone with me and share some laughs and truly inspiring and tragic stories. Thanks to bands candid insight I got to learn so much in so little time.

Before we get into the good stuff and learn about them let’s take a look at the lineup.

Poor Man’s Fame is made up of:

Now that we have that out of the way interview time!

Starting off things the band mentioned a benefit show coming up that marks the one year anniversary of hit and run victim, Earl Dupey’s passing.  Earl was hit while crossing the street to reach his sister, Sabrina’s car. To this day police have not located the car of the person who was driving thus leaving the family with many questions and lack of closure.

In light of this tragic event, a promoter reached out to Poor Man’s Fame to play the benefit marking Earl’s death. Without hesitation the band agreed to play the show and support the Dupey family in this truly hard time. Patricia[Tricia] lead singer of the band had this to say regarding the memorial show: “It’s a benefit for Earl over in cedar point North Carolina. Um he actually was a victim of a hit and run on new year’s eve 2013. They had not found the car or the person who was driving it. So we are going to down to mark the one year anniversary of his passing.

We’re not ones to shy away from helping somebody or our community and we consider earls family our family.” 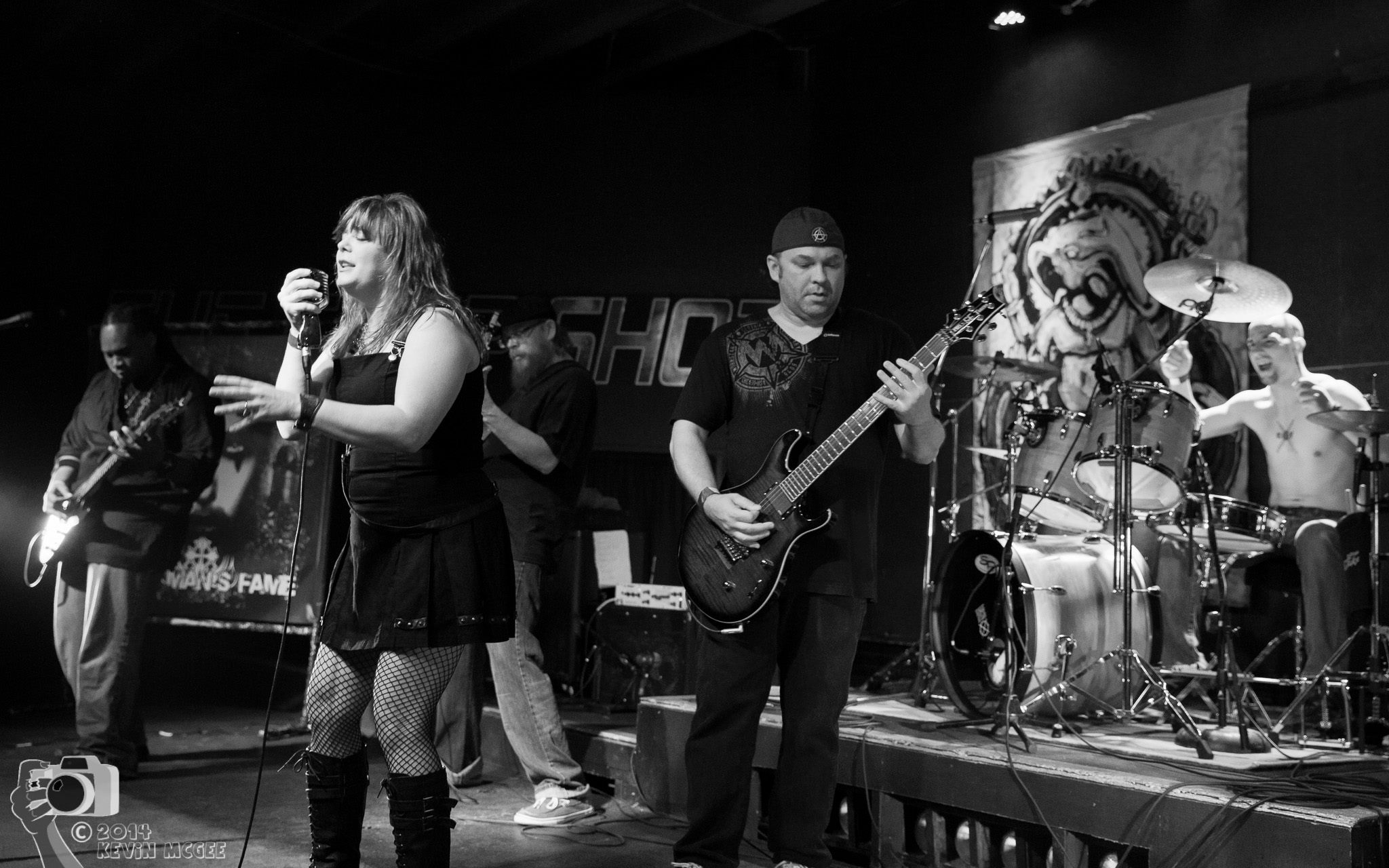 Poor Man’s Fame also play other benefit shows such as Turn Up The Music, a campaign that brings funding to school music programs and providing students with instruments, sheet music, and proper lessons. They also have played shows for Safe Passage, which is a non profit organization that helps out battered woman and abused children.

Great causes for any musician or human being to help out on. Poor Man’s Fame’s music touches deeply on topics of emotion such as dealing with negativity and narcissistic attitudes and even to finding peace of mind. It’s obvious to say that their music has many things to interpret and connect too.

Touching on a few of the tracks off Tell The Story, PMF shares their witty and simply motivations. I have to give props to the band for just telling me like it is on these songs!

First up is the explanation to Don’t Speak. This is a very heavy driven track not only lyrically but musically as the bass becomes the most noticeable part along with Tricia’s vocals. They commented: “Well a couple of drummers before Joey. Our first drummer, his wife would just never shut [laughs] that’s what inspired the song. We didn’t want to say bad words but just Don’t Speak”

Pretty easy to understand the feelings of this song with a comment such as that! Next up is Perfect Peace: “I know it sounds horrible but it’s sort of hard to have the words come out to what you’re going through at the time. I was in advertising for a time and one of my customers gave me a fit. They constantly made me upset.

So it’s another one of those songs. I would have Perfect Peace if you weren’t around me. [band laughs] It sorta writes itself.”

Narcissistic is currently their lead single and has a powerful message and music video. The inspiration comes from a woman who is terminally and seeks support from a group of people. At the same time she receives aid from a group of bikers who do poker runs, which is going from bar to bar and raising money for any cause they are supporting.

The first group feels they do not want to be associated with this group of bikers and thus end up not helping out this terminally ill woman. So the track title is attributed to someone who is narcissistic and only seeks to keep their reputation rather than help someone.

So there we have it! Possibly some of the blunt explanations and inspiring ones we can hear from a musician. Sometimes life isn’t that complicated and you just have to call it like you see it. That’s what Poor Man’s Fame has done in creating their sound and the message they want listeners to be aware of. 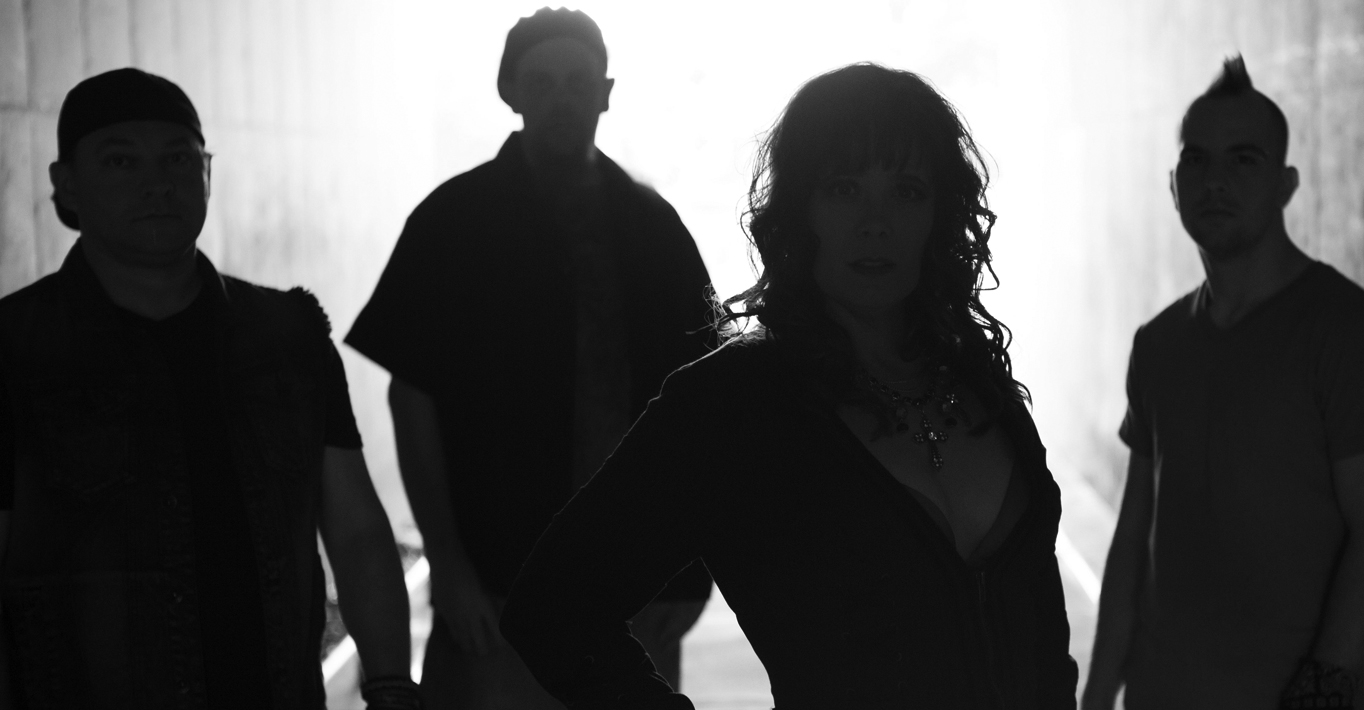 Sadly this brings the article to a close. I really had a good time laughing and hearing about what drives the band to create the music that they do and their dedication to their community. Again I give them props for doing the right thing and remaining true to their convictions on creating music from honest observations and playing it all to the melody of metal.

I’d personally like to thank Tricia, Kirt, Randell, Joey, and Chad for getting on speakerphone and chatting with me. We laughed a lot and have created a great article for you the readers.