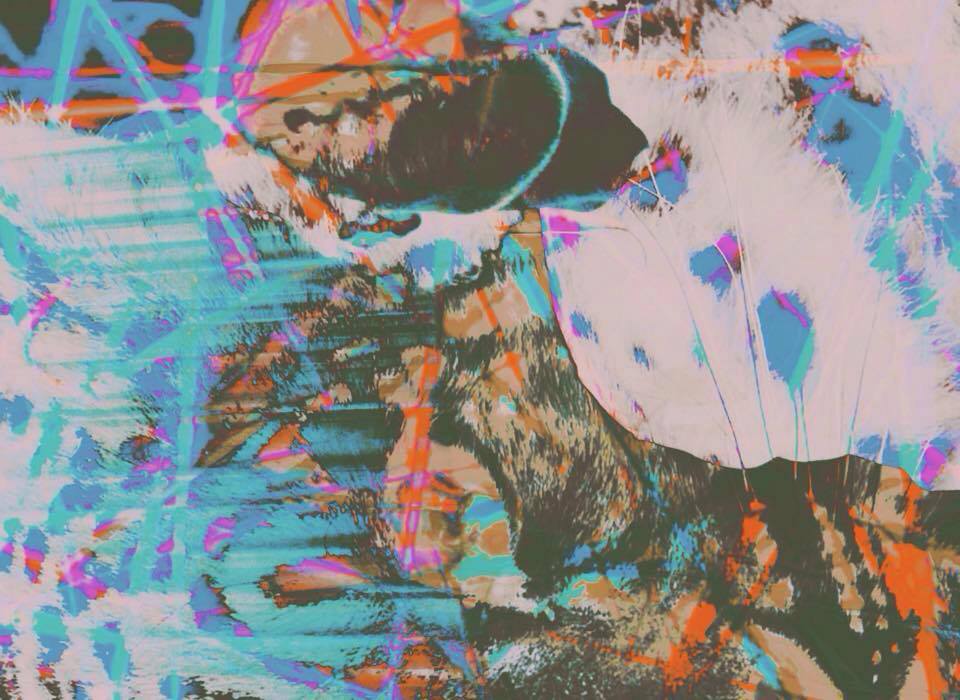 Introductions are the norm here at Contrast CTRL. We like to introduce forward thinking minds and people who strive to create deep and positive messages in audible format.

Julian Coiner of Faceless Ones is a very creative mind and driving force for his band. Growing up in the Maryland area and coming from parents of musical talents, a mother who was a touring musician, and a father who was a well known producer with studio ties. Julian was homeward bound towards the music scene at an early age.

Now in his twenties, what drives Julian to create for Faceless Ones? Where did he start to find his love for music?

He used to produce a whole bunch of people, He met Eminem, and P Diddy and all those cool people. Basically I started out playing drums, I was set to go on broadway in middle school so that’s pretty much where I started.

I started singing and playing drums for the band and then all that stuff in high school. I then started running track about Junior Year and my friends asked me to play in a youth group and asked me if I wanted to play Bass guitar.

I didn’t even know what a bass guitar was then, I told them I had four strings on my guitar and they said ‘yea that’s it that’s perfect’ and I was like oh sweet.

My mom used to tour and she said I could borrow hers.” – Julian Coiner

Now that we know a bit of Julian’s past and his musical roots, how did Faceless Ones come about?

“Well first we were really went through three band names. First we started out as this really funny joke calling ourselves ‘Secrets of the Pumpkin Patch’, which made no sense and we used to play really really bad music.

So we were doing this for fun. So after month and a half or so, we were like no let’s be more serious so we came up with ‘Harlindon’ which is a place out of Lord of the Rings and we were like this is so cool we were nerds or whatever.

Once we realized we were making decent music we didn’t think we could legally use that name. So I think it was two months we were trying to figure out band names. We went from all that promotion Facebook and social media to change names so we were trying to find something to stick with.

Basically you know were on stage and were good at playing instruments, but you don’t really know who we are as people and there was this whole backstory with that. Then with us, our fans we don’t know who you are and our music your helping us to succeed.

So that’s how Faceless ones became what it is and it stuck.” – Julian Coiner 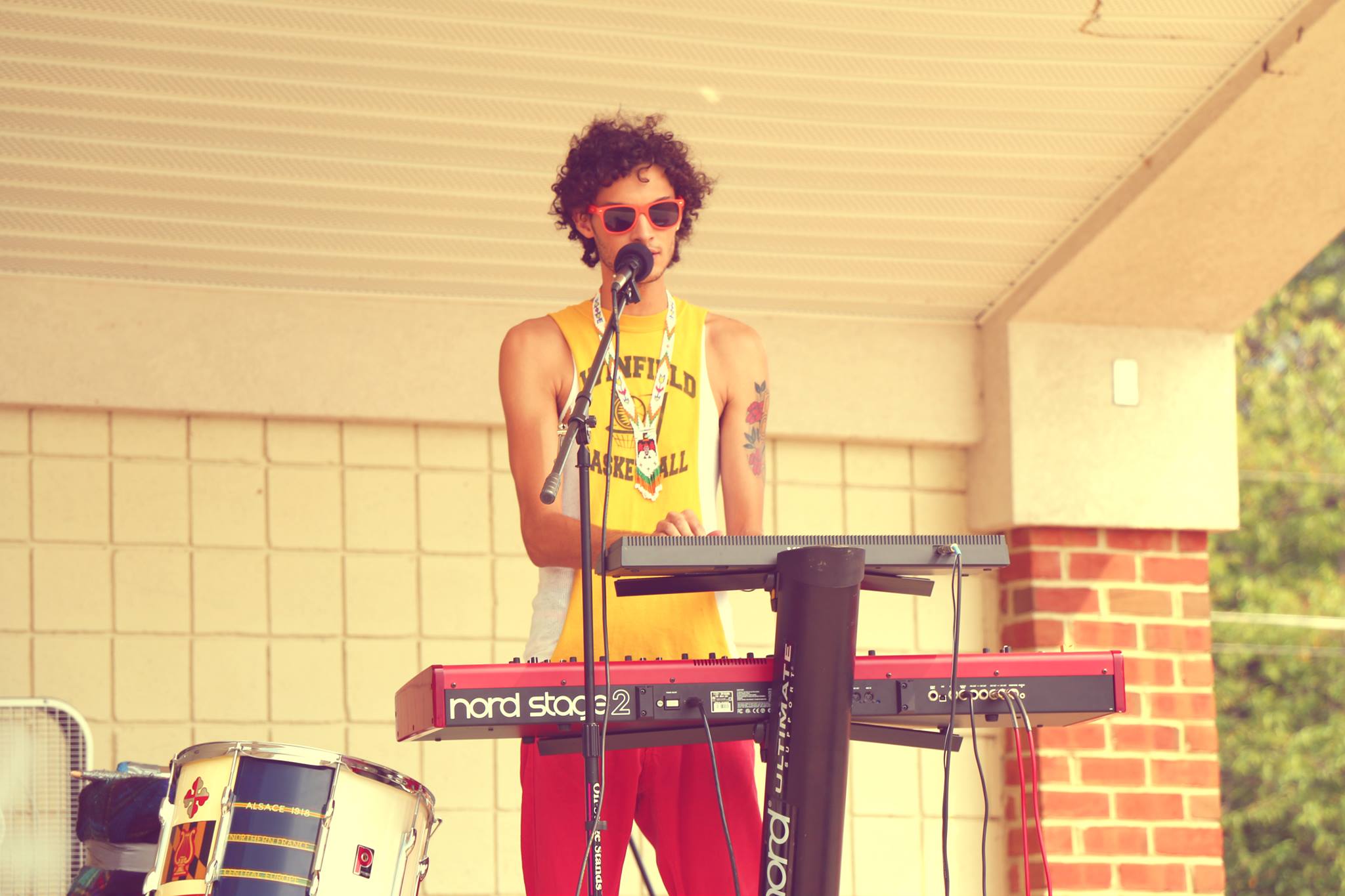 With a name like Faceless Ones, Julian mentioned that many people who see the band name instantly think he is in the Metal genre of music. It’s funny how a band name can often spark the wrong idea or thought like this and then totally blindside you once you actually listen to the music.

“You know a lot of people when they hear the name and they just me, they ask ‘do you mean faceless one? Or are the other guys faceless ones?’ And now that the band is with me, I‘ve heard a lot of people think we are a screamo band based on our band name! [Julian shares a slight laugh]

Then they go and check out my music and are like ‘oh my goodness you are indie guys and we can hear we can hear what you sing about’.” – Julian Coiner

Julian’s thoughts above say it all on the comments he gets. So there is lesson for all us music lovers out there. Be sure not to judge a book by it’s cover, or in this case, a band name!

Moving on the upcoming music and what’s to be expected. Julian talked a bit about the video and song direction for album starting with Tomorrow Never Comes, the first track off the album and it’s counterpart Today Never Happens, which will in effect be a concept album.

Julian in the process of writing his music lost his mother who he was close with. Our hearts go out to Julian and his family as he continues to stay positive and creative to share her message with the world through the music he is inspired to make. 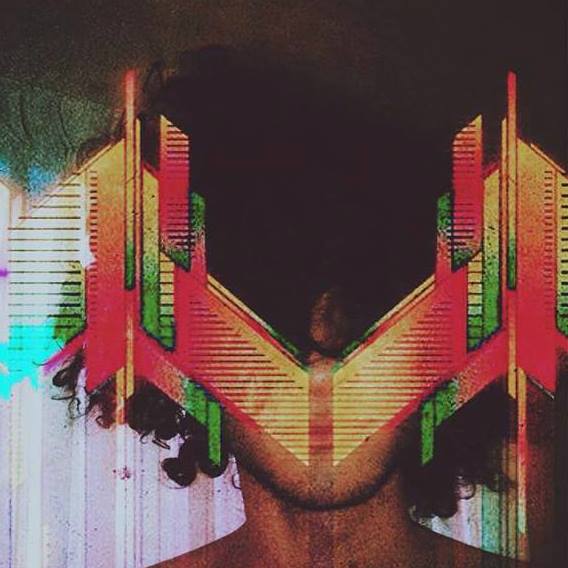 “The album I‘m working on, Tomorrow Never Comes is the first song off of that album. I don’t know if you can consider it a concept album or not, just because I know there are so many ways to do a concept album.

At the same time it definitely is a concept album as it goes back and forth. So basically after my mom passed away, I was in the middle of writing my first album by myself as Faceless Ones. We recorded another that i’m not releasing.

I told my band I‘m just going to start fresh and reinvent myself. So I just restarted. I was in the middle of writing, during that time Tomorrow Never Comes was written the same time as Love Letter was written.

The whole idea is with the video is that me and my dog, he’s a puppy at the time of filming that. At the very end of the album, that song is coming back with different arrangements and things and we are going to shoot a similar video with my dog being a year old now, and that song is called Today Never Happens.

So the entire body between those two songs are the thoughts and daydream, I wake up from the daydream and I‘m a grown man. I’m doing a lot of running in the video. My mom is talking to me through the song.

These are some spoken words she said to me before she passed away.” – Julian Coiner

The above statement from Julian is a powerful one and definitely piques the interest of me and the rest of Contrast CTRL as we eagerly await the next video and album from Faceless Ones.

As I’m typing this I realize we don’t have much more space to fit in all the shout outs to Julian’s loved ones that have motivated and kept him going all these years. I truly apologize for that and hope all of those who read ask Julian via Instagram or Facebook about those ones of inspired him to write.

With one notable shout out to Kenny Kingsborough, who helped him through the recording process and many others we say here at Contrast CTRL. Welcome to the family! And we look forward to many great songs from Faceless Ones!

Words of inspiration is always a good way to wrap up these interviews so let’s get Julian’s!

“I guess the best thing I can say is learn something and never put it down. I pick up different instruments all the time and as long as you are putting your mind into it, it’s really impossible to know how much stuff you can do it.

There are so many different possibilities. I would definitely tell people who want to do music it’s an investment.

Depending on the type of musician you are the partying is great fun if you just wanna hang out. If you wanna be a serious musician you have to put those things aside to actually be successful.

So yeah definitely invest in yourself, pick up your instrument and never put it down.” – Julian Coiner 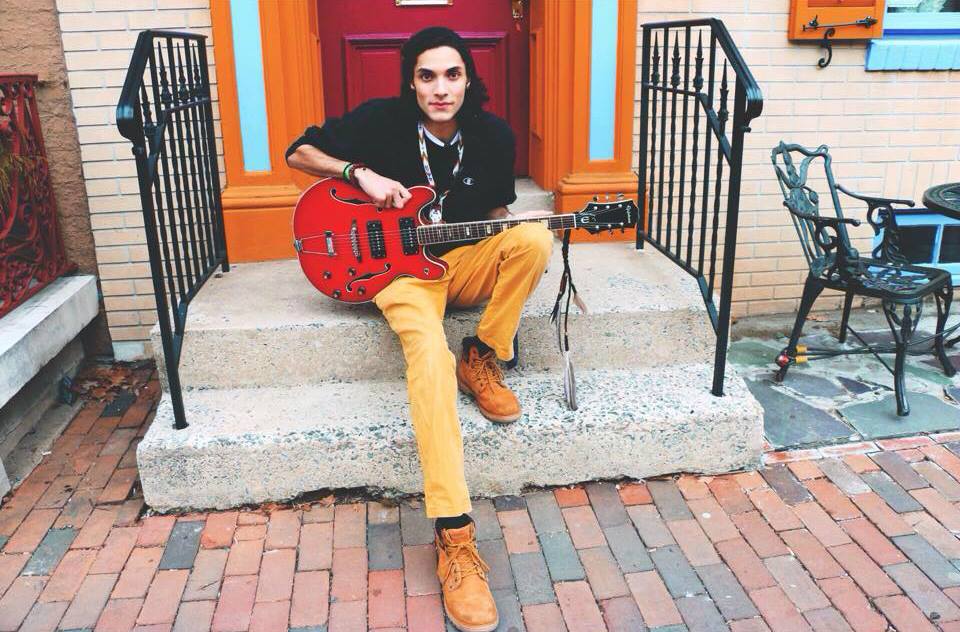 Again thank you to Julian Coiner and Faceless Ones for wanting to be a part of Contrast CTRL, where music is showcased and meant to inspire and motivate everyone to become creative and happy and empowered despite life’s roadblocks.

For more information on Faceless Ones, check out the following links: