doubleDrive – Blue in the Face #TBT 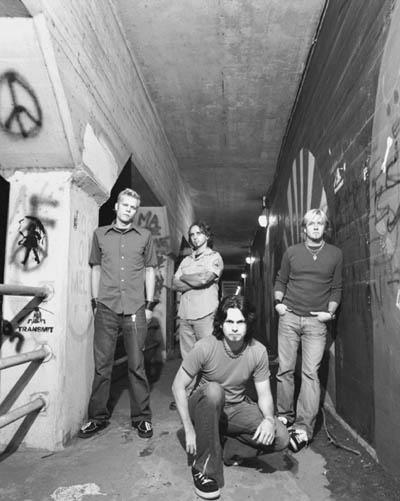 Another record store find, doubleDrive was a big part of my childhood as it featured that grunge style I was accustomed to and also a touch of what would become known as modern rock.

Blue in the Face is a special album to my life as even now, I recall the amazing songs from time to time and reflect on the memories of listening on road trips. Also times when I felt like I needed a pick me up and music that could relate to my situation. doubleDrive was there.

Released in 2003 and selling over 27,000 copies, Blue in the Face was actually the second album from doubleDrive. The first, Thousand Yard Stare, was their debut release but with many uphill battles with labels, never saw the light of day.

With those names in mind, doubleDrive had one of the best in the business backing them and forging their sound. Blue in the Face would sadly be the final chapter for the band as they parted ways shortly after its release.

Doing this particular type of article is special to me as I get to recount what these songs mean to me and to remember a band that had great potential that never got to expand through more works. But that is alright as each member has moved on to work in the music industry in various ways and keep their talents alive.

11:59 – The best way to get the ball rolling and a strong contender as single on this album. Being the first track it starts off slow with a guitar slowly fading in and out and driving right into the heat of the moment and capturing that grunge style so valiantly and creating a song of trial and error and the fruits that can bare through determination.

Imprint – The most notable single from the band for having a pop friendly chorus that ushers in the song in a nice mellow pace, and ultimately ending the song in the same fashion. Overall the band certainly wanted to make a strong imprint on the industry at the time and create a unique sub-genre that would eventually be labeled as modern-rock.

Million People– A melancholy song of love and the end of it. The lyrics paint a vivid picture of a troublesome relationship that didn’t start right and obviously ended in the same way. The joke could be on the one reflecting back at that relationship as they knew what they were getting into but that didn’t matter because of the feelings that were developed.

One of my personal favorite songs from this album as it captures a more acoustic vibe with a bluesy electric guitar playing a minor but essential role in the songs development.

Freightrain – A true call to grunge roots with a heavy riffs that stays present through the entire 3 and a half minutes of true rock n roll. The lyrical content is of a poetic nature as the song create metaphors and analogies of how hard they worked to get a record deal that would launch songs that would have almost been forgotten.

The best part of this song is no matter how many times I play it, it still feels fresh and ahead of the curve in terms of songwriting standards. Also it is super catchy and easy to hum without knowing you are.

When these 5 individuals got together and created the band and album, they truly struck lightning and created an album that would outlast their time together. Many other tracks on the album are of strong presence and will no doubt give you a true glimpse of how grunge and modern-rock are done right.

While I would love to drone on about Blue in the Face, the article is long enough and my point is proven on how excellent this album is. So search it out on YouTube or find it on amazon and get a taste of what made early 2000’s rock great.