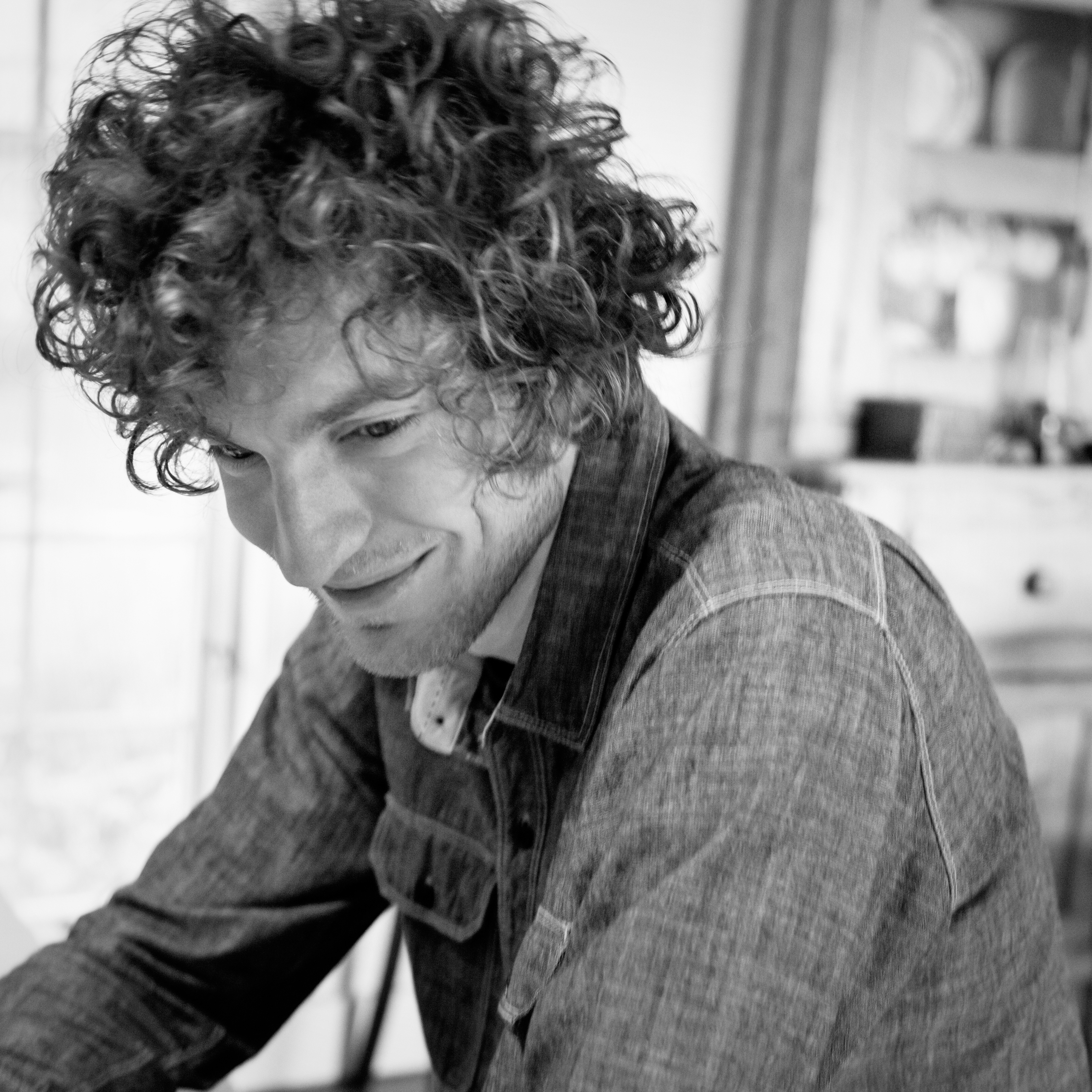 Cameron Blake is no stranger to the Folk music genre. Cameron has worked with many talented and notable musicians in his career, but Alone On The World Stage is a whole new landscape as it is just one man, a guitar, and piano creating a homage of old Folk roots but keeping a modern tone on things.

Recorded at Stone House Recording in Grand Rapids, Michigan, Cameron Blake decided to go back to more traditional roots by creating and writing all the music himself giving that nod to how Folk music was originated.

While Folk music was mainly popularized by a strong political protest message, Cameron’s take on the genre has proved to be more about every day struggles and world events that shake us all rather than a message of rebellion.

Taking the responsibilities in bringing out the message of Alone On The World Stage is Peter Fox, a man who in recent years has become a staple in the Michigan music scene as producer, and audio engineer who implements classic recording methods with modern technology and an attitude of dedication to helping many artists create the music they want to create.

Rise and Shine – The lead single with a message of compassion and awareness of the conflict happening in Israeli-Palestinian conflict. While the song is about such a tragic topic, the chorus is intended to be a sing along for the families suffering in this conflict, thus being an anthem of perseverance for them.

While it is one of the more sad songs in nature, Cameron’s intent is purely to show compassion and give those struggling from wars something to sing and gain endurance from.

Detroit– The largest municipal bankruptcy in US history happened in July of 2013. Being notorious for being a town of hardship and violence and moral decay, this song is meant to be a cry for help of a city on its knees. Truly a touching sense of empathy for the struggle of others and yet another anthem for those struggling and surviving the aftermath of a financial crisis.

Home Movie – A man in his old age is sitting in front of a projector watching home movies of his past from his childhood, to adulthood and marriage. One of the more thoughtful songs as it’s a song of a celebration of life and seeing all the memories that can be captured through a lens.

In today’s modern age this is a lost form despite the advancement of technology, Home Movies were more personal when families participated in recording the mundane and amazing moments of life. This is one of my favorite songs on this album.

Piccadilly Circus – One of Cameron’s personal memories of riding a double decker bus with his wife while on vacation in London. Noticing drunk 20-somethings making a ruckus didn’t bring just bring feelings of annoyance, but amusement.

Also riding on the subway, the conductor would say “Next stop Piccadilly Circus!” so the two experiences collided to create a song of the amusement at carefree youth’s cutting loose and spending time with his wife. Maybe a reflection of how one can grow and take pleasure in the simple things with a significant other?

Either way it is a fantastic song that no doubt has helped many a listener reflect on the more amusing moments of life.

With 12 tracks creating stories of struggle, amusement, reflection, moments passed, Alone On The World Stage is a unique experience and reminder to more simpler roots of music that has meaning and diversity. 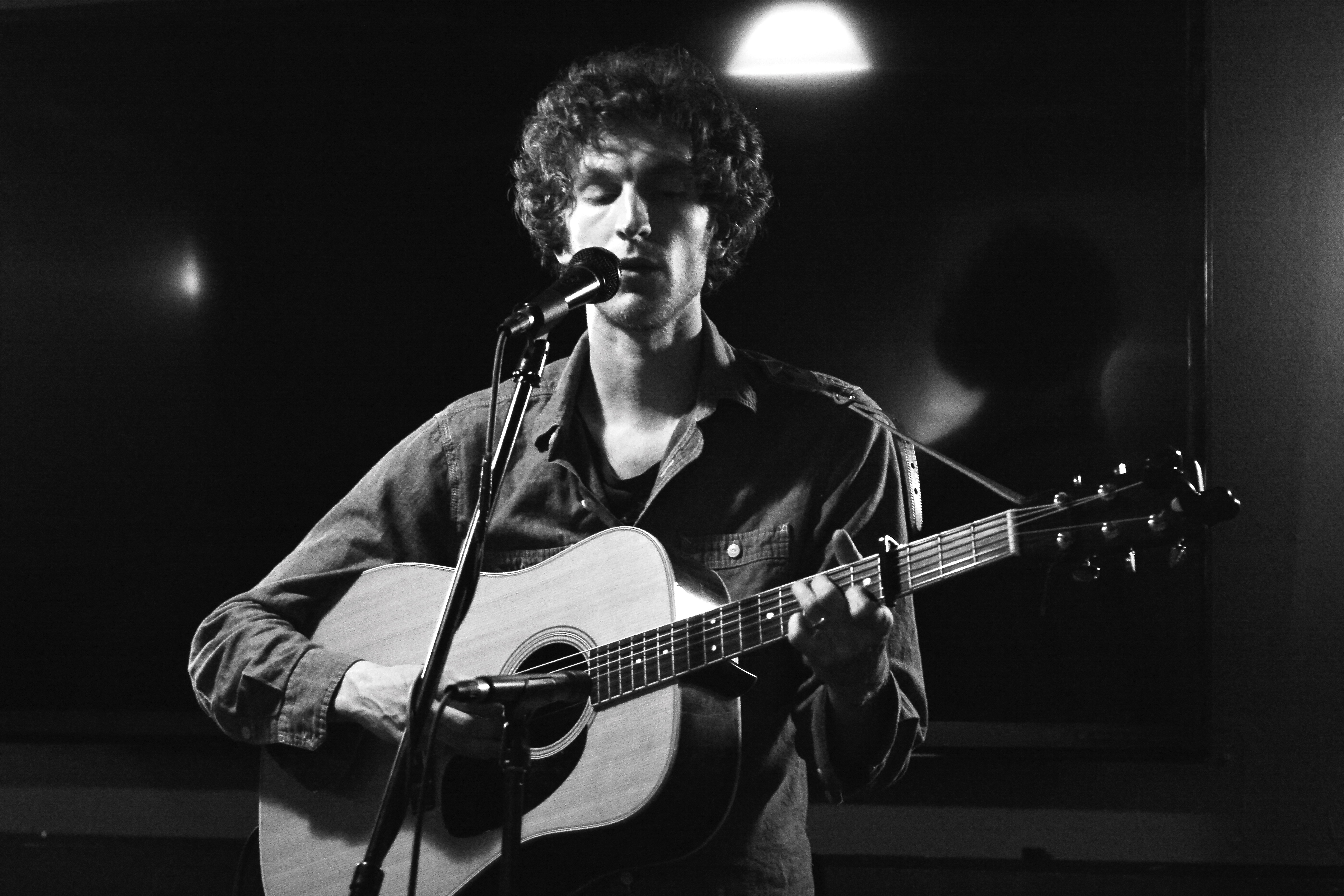 Be sure to give this album a listen and allow yourself to drift into the isolated sounds of acoustics and cheap upright piano tones that lay underneath messages of hope and struggle. As always, you be the one to decide if this is good music.

One man with 2 instruments, a voice, and poetic lyrics is something to be reckoned with as Cameron Blake makes a sound so lonely, yet globally relatable a beautiful thing. Contrast Control is all about musicians who put such dedication into music that can reach any heart and mind in such a way.